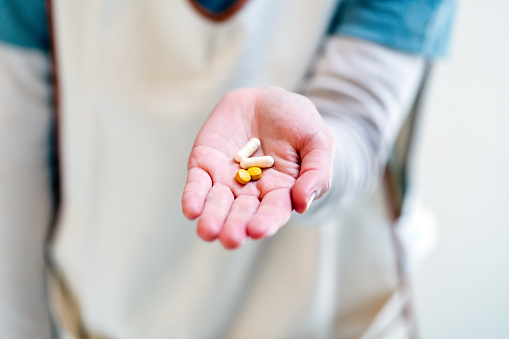 A nursing home abuse and neglect lawyer in Atlanta, GA explains the dangers of overmedicating

Nursing home residents across the country are at risk for many different types of nursing home abuse and neglect. Medication errors are one example. Nursing home staff have a responsibility to ensure residents are properly diagnosed, receive the correct medication, and are monitored for any potential side effects.

But a New York Times investigation has discovered that many residents have received questionable diagnoses and are being prescribed medication that can be extremely dangerous for some seniors.

The NYT article cites the case of David Blakeney, 63, who was a resident at Dundee Manor, a nursing home in South Carolina. Blakeney had severe dementia and was restless and agitated. The facility doctor diagnosed him with schizophrenia and prescribed Haldol, a powerful sedative used as an antipsychotic medication.

The Times found no evidence that Blakeney had ever had schizophrenia, which is almost always diagnosed before the age of 40.

Antipsychotic drugs are dangerous for older people with dementia, as they can nearly double the risk of death from heart problems, infections, falls, and other illnesses. But these medications are often used in understaffed nursing homes as a way to calm agitated patients.

These facilities are also not required to divulge the use of antipsychotics when given to patients who are diagnosed with schizophrenia.

Following his admission, Blakeney was sedated round-the-clock. He experienced devastating weight loss, pneumonia, and bedsores that required the amputation of his foot. Eight months after he entered the facility, he died.

The Times was able to obtain unfiltered data from another Medicare web page and facility-by-facility data a patient advocacy group was able to get through an open records request. Their investigation found at least 21 percent of nursing home residents are on antipsychotic drugs – about 225,000.

This number can be explained in part by the fact that people with schizophrenia are sometimes sent to nursing homes as a refuge of last resort.

‘It’s used to skirt the rules’

But unfounded diagnoses are also responsible for the increase. The Centers for Medicare & Medicaid Services (CMS), a federal oversight agency, found in 2018 that nearly one-third of long-term nursing home residents diagnosed with schizophrenia had no Medicare record of being treated for it.

“People don’t just wake up with schizophrenia when they are elderly,” said Dr. Michael Wasserman, a geriatrician and former nursing home executive. "It’s used to skirt the rules.” Wasserman is a critic of the nursing home industry.

According to the Times, one in nine residents has received a diagnosis of schizophrenia. The disorder affects roughly one in 150 people in the general population.

Nursing homes have used drugs to control dementia patients for decades. The care of residents with dementia can be time- and labor-intensive. But despite federal law, multiple studies citing the dangers of antipsychotic drugs and required warning labels, the practice has continued.

And because these facilities are not required to report the use of antipsychotic drugs for patients with schizophrenia, it’s unknown how many residents are on medication that poses a threat to their health.

Demand answers with help from an attorney

The abuse and neglect of vulnerable seniors in nursing homes is very upsetting. If you suspect a loved one may be experiencing abuse or neglect in a nursing home, assisted living facility, or some other type of eldercare facility, it’s important to act quickly and get legal advice so you can hold the negligent facility accountable.

Attorney George S. Johnson is an experienced nursing home abuse and neglect lawyer who fights for the rights of residents and their families in greater Atlanta and throughout Georgia. Contact us to schedule a free consultation.